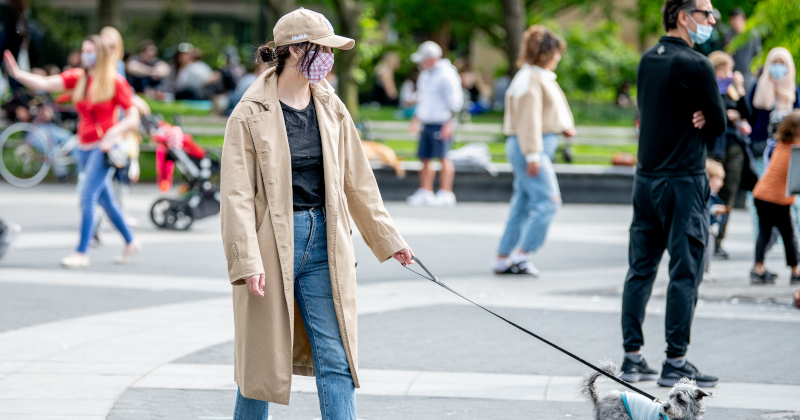 There’s no doubt that the long-lasting impact of the coronavirus pandemic will include a major shift in how consumers look at homebuying.

In fact, we have already reported here on Zero Hedge about how many are leaving the city in favor of life in the suburbs, since the virus has spread faster in city areas.

That includes people like Desiree Duff, who Bloomberg highlighted late last week. A former NYC bartender, she has left her apartment in Brooklyn to move back in with her parents in South Carolina. She is currently using unemployment to pay her part of the rent and says that she is stuck “rethinking” the appeal of living in the big city.

She said: “Not knowing what my future there looks like does make me reconsider. Maybe after my lease is done I should move elsewhere, to a smaller city that was less infected, as much as that breaks my heart.”

Her move is a microcosm of a larger shift for the younger generation, which is leaving apartments empty in cities across the U.S.

Deniz Kahramaner, the founder of data-driven real estate brokerage Atlasa said: “The draw of the city is the social life, the dating scene, bars, restaurants, the ability to do fun things on the weekend. Without those attractions, it makes a lot of sense to just abandon ship and go back to your parents.”

Goss conducted a survey and found that 17% of landlords in the San Francisco area have had tenants break leases or give 30 day “move out” notices.

Another example is Alexa Lewis, a 24 year old that was living in San Francisco when the city locked down. By the end of April, her roommates had left and she was all alone. She was stuck with a $4,900/month rent bill and no clue what to do. “There were a lot of calls with my family to talk out everything and ask for advice/cry,” she said. She was able to negotiate temporary concessions with her landlord.

And the rental market is expected to stay soft even as the economy recovers. “People won’t need to be in a job center if they can work from home. I would expect to see less demand and that corresponds to lower rents,” Goss said. Rents are even expected to decline in places like New York City.

A new StreetEasy report stated: “Residents moving out of the city, even temporarily, could drive rents across the city down.” The report referenced a 10% decline in rents during the 2008 crisis.

Jonathan Miller, president of appraiser Miller Samuel Inc. said the difficulty of breaking leases could slow the pain in starter apartments. He also said that he expects rental activity in the suburbs to tick higher.

Atlasa’s Kahramaner said about the San Francisco market: “People are leaving San Francisco to try to buy a house in Marin or East Bay. People have a renewed interest in the suburban life.”

Daniel Chandross, a 23 year old that works for Google, is paying rent on an empty apartment after moving back with his family in the Midwest. Their lease is ending soon and it doesn’t look like they will renew. “We’re throwing around the option of moving our stuff into a storage facility. No reason to waste money on rent if we can live/work at home,” he concluded.