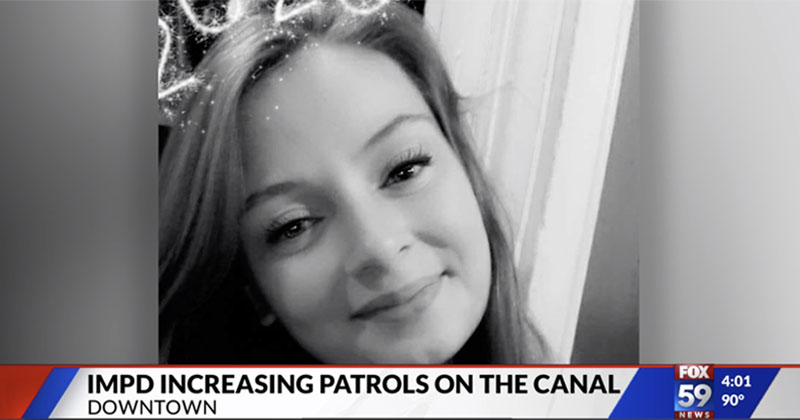 A young white mother was murdered last week by a Black Lives Matter mob after she allegedly told them that “All Lives Matter.”

24-year-old Jessica Doty Whitaker was shot and killed in Indianapolis amid a confrontation with BLM thugs who were triggered when she told them “All Lives Matter.”

“According to the victim’s family, the shooting started with an argument over Black Lives Matter and language. Eventually the two sides separated and walked away from each other, until witnesses claim the killer opened fire from a nearby bridge and ran away,” Fox 59 reported last Monday.

“It was squashed and they went up the hill and left we thought, but they were sitting on St. Claire waiting for us to come under the bridge and that’s when she got shot,” said the victim’s fiancé Jose Ramirez.

Whitaker’s father Robert Doty told The Gateway Pundit that his daughter was shot in the head after responding to the BLM group’s “Black Lives Matter” chants.

Doty also said the mainstream media never bothered to reach out to him.

From The Gateway Pundit:

Her father, Robert Doty, told the Gateway Pundit that the BLM supporters had walked by her and her fiance and said “Black Lives Matter,” to which Jessica responded that “All Lives Matter.”

The BLM activists had allegedly pulled out weapons during the argument, which prompted Ramirez to do the same. This lead to them backing off, but not for long.

“An argument started and guns came out, but they worked things out. Unfortunately, they didn’t drop it and waited for them to walk back through and she was shot in the head,” Doty told TGP.

Doty confirmed that neither CNN nor Fox News has reached out for information about the case, despite the murderer being on the loose.

Police are still searching for the suspects, and have released footage from the area.

A GoFundMe has been launched to help pay for Whitaker’s funeral and take care of her 3-year-old son.

Actor Terry Crews clashed with CNN’s Don Lemon last night during an exchange in which Lemon ludicrously asserted that black on black violence should have nothing to do with the Black Lives Matter movement.