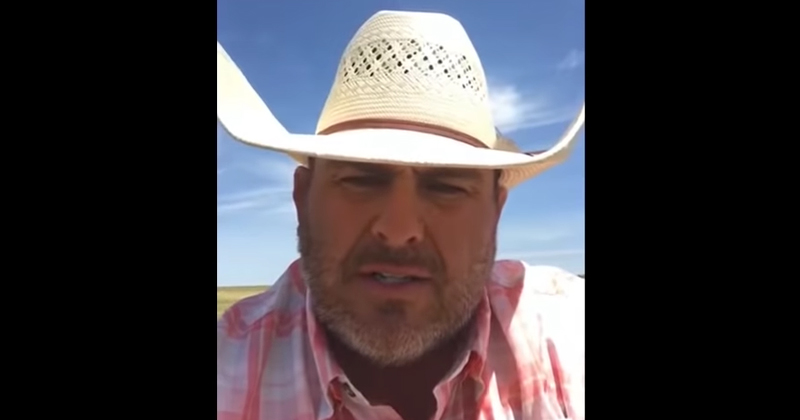 A rancher warns that the US beef supply will plummet if ranches start culling cattle ready to butcher due to shut-down processing plants not taking livestock.

Right now there’s plenty of cattle to meet beef demand, but because fewer processing plants are operating at full capacity, the bottleneck could reduce cattle supply and thus exacerbate the beef shortage.

The USDA has already said it would “advise and assist on depopulation and disposal methods” of livestock if they cannot be moved to market due to the closures since current regulations don’t give ranchers much maneuverability.

“They are preparing us to depopulate the fat cattle ready to harvest because of a bottleneck created by the effects of Covid,” a rancher from Archer Co., Texas, warns. “…We are in trouble. Our food supply is in trouble.”

The rancher also pointed out that while the USA – which could feed the entire world if properly managed – is about to start culling cattle, the nation is still importing less-regulated beef from Namibia in Southern Africa.

The cattle raiser also implied that regional beef processing plants should be kept open as a national security issue.

Indeed, a fifth of Wendy’s restaurants have already ran out of beef, and several supermarkets have already started rationing meat to customers much like the toilet paper shortages seen this spring.

And to really put things into perspective, the Chinese-owned Smithfield Foods, which is the world’s No. 1 pork producer, has already shut down operations in Illinois.

According to American Thinker (with emphasis added):

In 2013, Smithfield Foods was bought by the Shanghui Group, later rebranded as the WH Group, for $4.7 billion. It remains the largest total acquisition of a U.S. company by the Chinese. With that purchase, the Chinese owned one in four pigs raised in the U.S. and, by adding 146,000 acres, continued to be the world’s largest buyer of American farmland.

The purchase was underwritten with a $4-billion Bank of China loan facilitated by the Chinese Communist Party. The deal was an integral part of the CCP’s 2011 five-year plan to improve the Chinese economy with purchases of overseas farmland and food processing companies.

Food is poised to become the oil of the 21st century, with demand increasing for a scarce resource.

More Americans on both the right and the left are revolting against government-mandated shutdowns as they realize the government “cure” is worse than the virus.