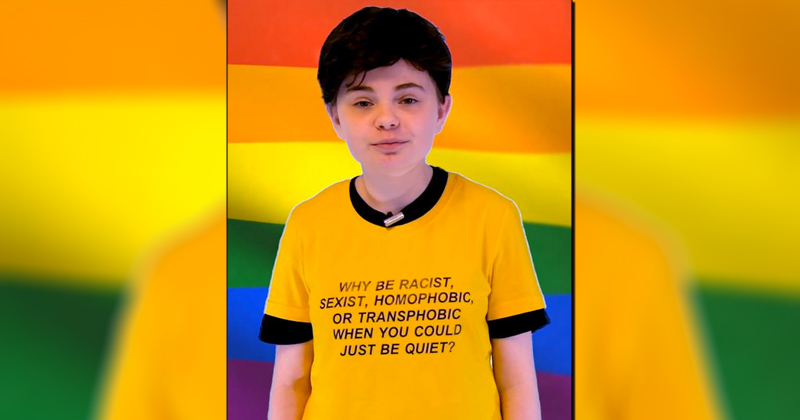 Update: Following news of her channel’s termination, Soph posted updates to Twitter shrugging off the ban.

personally, less viewers is no biggie. youtube is the fast food of media, it thrives off of convenience, not the quality of its service, but if it upsets you because you want my ideas to be broadcasted as much as possible, send complaint emails, do what you have to.

In a screenshot of YouTube’s dismissal posted to Twitter, the Google-owned video platform said Soph’s commentary in a video titled, “Pride & Predjudice” – which commented on the current state of the LGBT community – had violated its “hate speech policy.”

[give @TeamYouTube a hard time about it if you can]

The left has been calling on YouTube to ban Soph for her “red-pilled” tirades, which often break down various issues dear to far leftists and Social Justice Warriors.

Soph joined Infowars’ Alex Jones after Buzzfeed published a May 2019 hit piece on her aimed at having her de-platformed.

In the interest of transparency, here’s the video that got Soph banned (viewer discretion advised):