After writer Mike Adams posted a YouTube video of a senior citizen shooting two cyber cafe robbers in self-defense, the Google-owned video site blocked access to the video. Only registered users 18 or older and logged into the site while viewing the article posted on Infowars.com are able to see the video.

“In the aftermath of the Aurora, Colorado Batman movie theater shooting, a surveillance video has surfaced that shows the simple, obvious answer to the question on everybody’s mind: How do we stop a massacre?” writes Adams.

“The answer is revealed in the stunning short video” posted on YouTube.

Adams points out that the response to thuggery does not require the involvement of police and does “not require control or intervention by the United Nations or any government entity.”

For government and law enforcement officialdom, of course, this sort of response is unacceptable. It is also unacceptable for the United Nations as it works to force a gun-grabber treaty down the throats of the American people. Any rational argument in defense of firearms if naturally forbidden.

YouTube is selective in its enforcement (especially when there is a political point to be made). The popular video website is rife with violence – from gang and drug cartel violence to “cat fights” and road rage. YouTube even instructs people in violence (for instance, Street Fight Secrets Kicking Stomping ).

In February, YouTube blocked a Mike Adams parody of the TSA. In response, the video went viral and appeared on numerous channels. A lackadaisical YouTube has yet to respond by restricting views to logged in members over the age of 18.

Here is the video in question posted by Mike Adams’ Natural News: 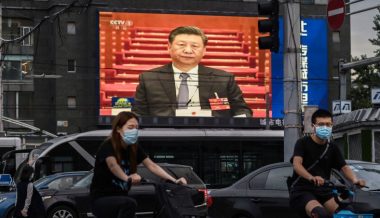