YouTube is censoring videos on Sandy Hook after someone claimed they violated “bullying” guidelines.

At least four news videos analyzing the events surrounding Sandy Hook were pulled from YouTube because they supposedly “violate harassment and cyberbullying guidelines,” yet YouTube’s own guidelines reveal its harassment policy focuses mainly on criminal activities not associated with press freedom as defined by the First Amendment: 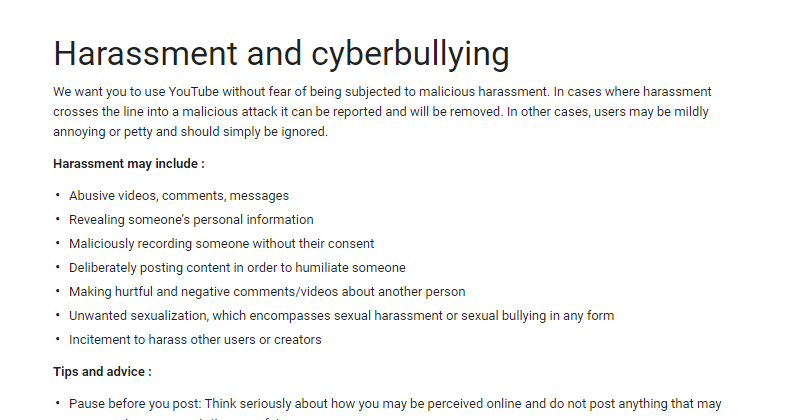 Not only is the mainstream media misrepresenting what Infowars has said concerning Sandy Hook, but now YouTube is removing videos of what we actually said that will make the media’s job of lying even easier.

Here’s a list of the four videos flagged, some of which are several years old and hadn’t been flagged until now:

Note the text from the violation notice:

“…There’s a fine line between passionate debate and personal attacks. As our Community Guidelines outline, YouTube is not a platform for things like predatory behavior, stalking, threats, harassment, bullying or intimidation.”

None of the videos made any sort of threats whatsoever, nor did any of them encourage viewers to engage in intimidation or stalking.

In fact, it can be easily argued that whoever flagged the video is engaged in harassment since the person is using fake “bullying” claims to suppress free speech and freedom of the press.

And this censorship campaign brings to mind the “Internet ID” model of mass censorship designed to curtail the flow of information and the free market of ideas on the Internet.

Designed by China but later refined by the Bilderberg Group, the proposed Internet ID passport system would destroy on-line anonymity and chill free speech by revoking the posting rights of users who violate the “terms of service” of major Internet sites which run contrary to the First Amendment.

Additionally, Twitter was under fire for allowing feminists, Islamists and other anti-free speech groups to spearhead a “trust & safety council” to influence and even control what is said on the social media platform.

We already caught Google censoring our news reports before, with one famous instance at the RNC in Cleveland, Ohio, where a video showing our confrontation with the Young Turk was removed.

A Google contractor was also caught reprogramming search results to bury independent media after internal documents were leaked to the public.

This is a corporate, neo-colonialism form of government in which molopoly men can deny basic civil rights of Internet users who question official government stories and “news reporting” by establishment-owned media.

And we will consider legal action against anyone we feel is suppressing our First Amendment rights.