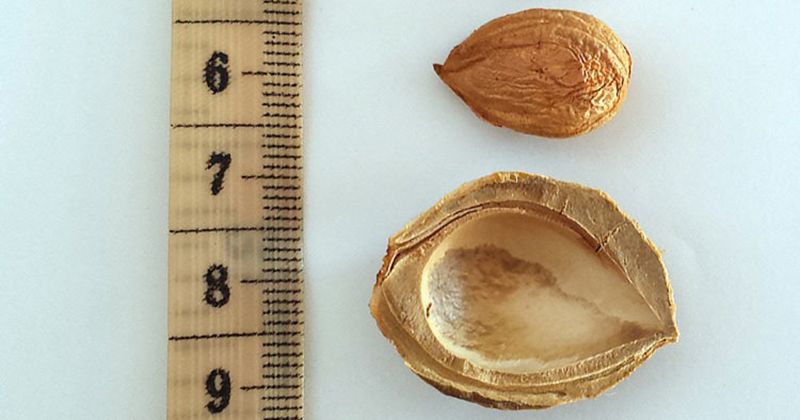 While Google and its subsidiary YouTube have come under Congressional scrutiny for the company’s decision to remove all content related to COVID-19 that does not correspond to the information provided by the China-adjacent World Health Organization, the big tech company allows users post videos where they both endorse and sell apricot seeds as a cancer cure, despite zero mainstream evidence and no word from the WHO on their efficacy.

Rep. Jim Jordan (R-OH) singled out Google for its decision to censor or remove of COVID-19 related content on YouTube and its other platforms if it does not strictly adhere to information provided by the WHO, noting that on “April 19, 2020, Google and YouTube announce a policy censoring the content that conflicts with recommendations of the World Health Organization.”

Though the United States completely ended its relationship with the WHO due to its sycophancy to China, and President Donald Trump personally used hydroxychloroquine as a preventative measure, because the WHO does not consider hydroxychloroquine to be an effective treatment for COVID-19, users will have their videos removed and potentially face tougher consequences if they post videos endorsing the drug.

Another video has emerged that’s been removed from social media. This time, Dr. Lisa Koche, MD is speaking out about the coronavirus, mass censorship and the true benefits of hydroxychloroquine. Spread the word!

While Google has made its policy clear on alternative scientific information regarding COVID-19, which is believed to have killed 667,000 people worldwide as of July 30, Google apparently has not extended this policy to potential misinformation about cancer, which is believed to kill nearly 10 million people every year, and over 600,000 in the United States alone.

In one video with over 30,000 views from a channel supposedly dedicated to health and wellness, a computer narrator explains that “New research, however, suggests [fruit] seeds may be a cancer cure in waiting,” and “New anecdotal evidence from Australia shows that eating apricot seeds in large quantities – dozens, daily, for months – may help eliminate cancer.”

National File could find no such “anecdotal evidence from Australia” apparently supporting this.

The channel, Healthy Unlimited, also offers videos claiming that “baking soda and castor oil can heal the body” and claiming that baby carrots are “toxic” and should never be eaten. Most of these videos are at least two years old.

Other YouTube users upload videos claiming they cured cancer by eating apricot seeds, promoting an unsubstantiated theory claiming that vitamin B17 eradicates cancer, which the theory postulates is a disease caused by malnutrition, similar to scurvy, and should be treated with a nutrition based approach.

It is unclear but seems likely that the YouTube user is utilizing the Amazon referral program, where individuals are given the ability to create custom links to Amazon listings. When users click the referral link and purchase item advertised, such as a bag of apricot seeds, the person who created the link receives a portion of the proceeds.

In the listing provided by the YouTube user, the Amazon seller does not claim that the seeds cure cancer, but several users in the comments claim they have treated different types of cancer with the seeds for years.

“This product is good for cancer fight, it was fresh,” wrote one user, while another was less than happy with this specific brand of seeds. “

“I have been using apricot for over 4 years since being diagnosed with cancer. My purchases from my previous vendor were sourced from Hunza region of Pakistan and were lab tested for their high B17 content,” wrote another Amazon user. “They were very bitter and would numb your tongue when eaten. When my vendor stop selling them I purchased these Organic Raw Bitter Apricot Seeds from FruitFull. These are not bitter at all and produce no numbing of the mouth.”

Another YouTube video offers the same routine, where the user uploads a video explaining the efficacy of the fruit seeds at treating cancer and a myriad of other illnesses, then offers a link where they can be purchased on Amazon that they likely use to make money.

In the Amazon listing posted by this YouTuber, the vendor offers a legal disclaimer that specifically notes “aimnaturals does not ‘treat’, or aim to ‘cure’ any disease.” They also add that they “assume no responsibility or liability for incorrect usage of this product,” before reiterating again that the “product is not intended to diagnose, treat, cure or prevent any disease.”

“I only take 5 seeds a day, and I’ve had stomach upset when I took 5 at once on am empty stomach – but that was poor judgement on my part not the product,” wrote one user who is featured as the top review for the seeds. They added, “A recent study in Bangladesh where arsenic levels are very high in the water shocked researchers when results are showing cancer rates are plummeting. It wasn’t what they were expecting.”

National File could find no such study, but located a study instead concluding that increased arsenic in the Bangladesh water may have caused a massive increase in cancer, that may see as many as double residents encounter the disease as a result of arsenic in their water.

Another user wrote, “I ordered these for my beloved Sister who was diagnosed with uterine cancer. Research says that they have been beneficial in diminishing or even reversing cancerous cells so it was well worth taking a chance,” while a third added, “We purchase these for their B17 content and consider it an essential part of my wife’s post cancer nutritional regimen.”

Several more YouTube users have repeated the apricot scheme, potentially making money selling a fraudulent cancer cure that is not promoted by the WHO on a platform that claims to have aligned itself with the WHO on COVID-19.

Meanwhile, a Google search for “apricot seeds cure cancer” returned three news stories at refuting it before offering a fourth result for Oasis of Hope, which, located in Tijuana, claims to be Mexico’s “leader in alternative health treatments.” It claims to be able to kill radiation resistant tumors using cyanide seed extract.

One study of the hospital’s treatments found that the cancer patients studied only lived 7 months after their treatment, causing researchers to conclude it is ineffective.

On cancer, the WHO notes that accepted treatments “include surgery, cancer medicines and/or radiotherapy, administered alone or in combination.” There is no mention of apricot seeds on the WHO website.

While National File could find no doctors advocating apricot seeds as a cancer cure, several doctors recently traveled to Washington, D.C. to speak about the efficacy of hydroxychloroquine as a potential cure or preventative medicine for COVID-19.

One doctor went viral after claiming that she has treated over 350 patients with COVID-19, and referred to it as a “cure.” All major big tech companies, including YouTube, have since removed this video from their platforms.

Because the president posted tweets including the video, Twitter removedhis tweets. Donald Trump Jr. was also suspended from the platform for 12 hours for the same reason.

President Trump later defended the doctor, saying he found her “very impressive” and noting that he used hydroxychloroquine as a preventative and believes it works.