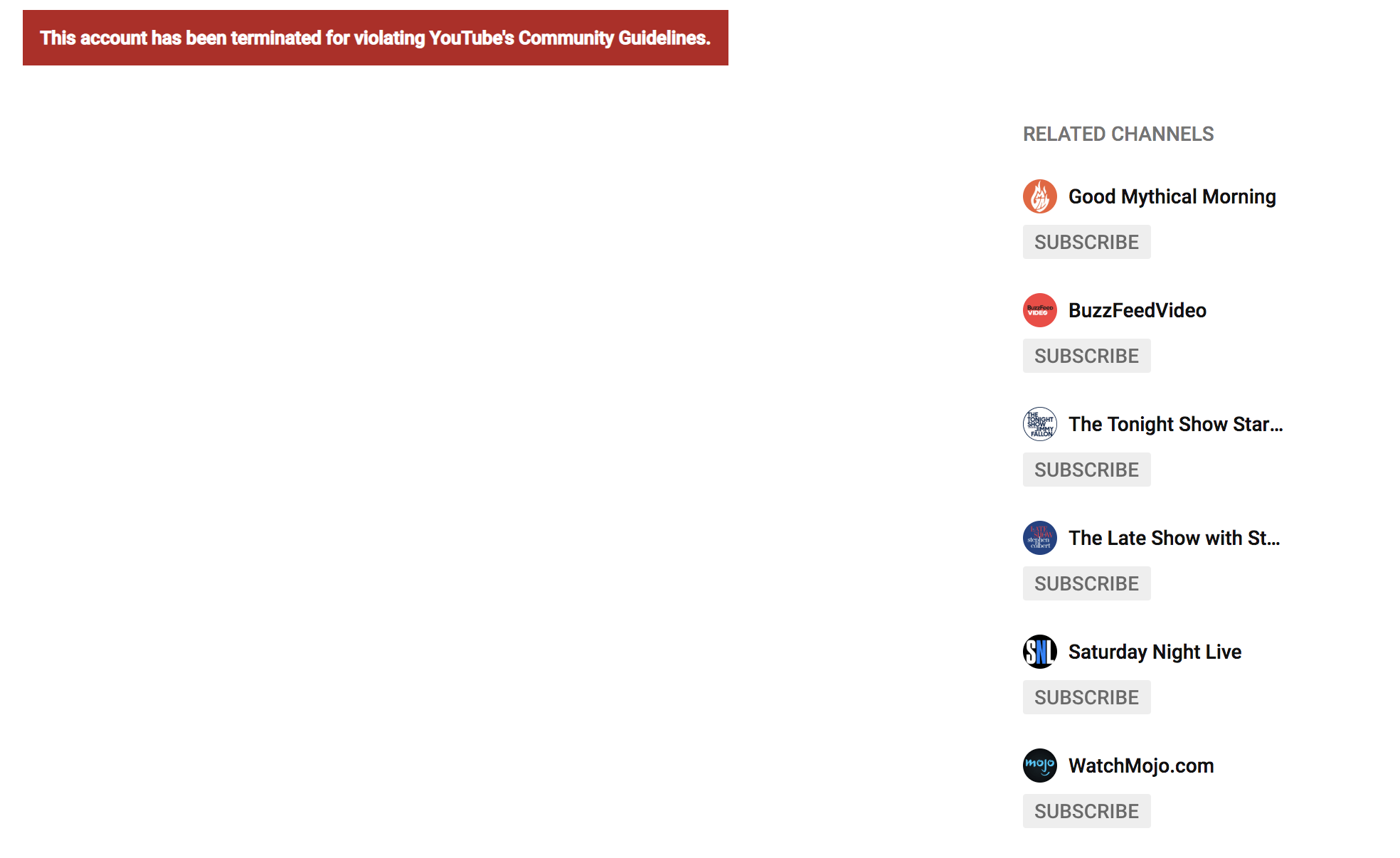 YouTube now uses the empty Alex Jones Channel as a platform to promote establishment media in the constant battle for your valuable attention.

Upon visiting the URL of the purged Alex Jones channel, the user is met with a brief “tombstone engraving” – as Alex Jones put it.

“This account has been terminated for violating YouTube’s Community Guidelines,” reads the official channel.

But right beside that epitaph is a “related channels” column that traditionally allows users to view similar content in the absence of the originally desired channel.

But this column is populated with distinctly mainstream or pro-establishment channels, many of which are known for their anti-Alex Jones rhetoric.  Take a look for yourself:

First up is the daily talk show, Good Mythical Morning, whose creators are known for getting their vasectomies together – as well as music videos and sketches.

Third is Jimmy Fallon’s Tonight Show, whose writer tweeted Trump supporters should “drink bleach” and have their children taken away.

light reminder that being president of the US means nothing anymore, if you support Trump you should have your children taken away, etc etc

Next is Stephen Colbert’s YouTube Channel for his Late Show. Colbert frequently lampoons Alex Jones and recently had his spoof Jones character, “Tuck Buckford,” volunteer to be Trump’s food and beverage tester to thwart the Deep State’s efforts to poison the president.

Fifth on the list is Saturday Night Live’s official channel. Bashing Trump and conservatives has been SNL’s modus operandi since the 2016 election; the faux-activism intensified to such a degree that even a former actor of the show, Rob Schneider, slammed the frequent anti-Trump material.

Correspondingly, the timing of this coordinated purge of Infowars content comes just before the midterms and could last for the 2020 Presidential election.

This is significant because a recent study found that manipulated search results can swing nearly 80% of undecided voters.

A search for Alex Jones’ official YouTube Channel actually providing unrelated, pro-establishment content may seem benign, but it is a tried-and-true information war tactic to control the attention of the masses.