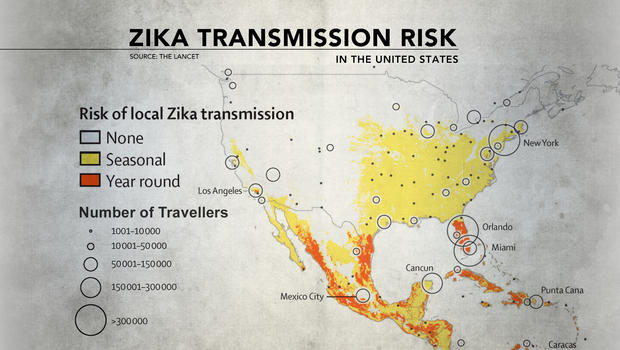 The Centers for Disease Control (CDC) said this week that the Zika virus is “scarier than we initially thought.” The agency made a connection between Zika and microcephaly, a horrible birth defect that causes babies to be born with small heads and brains, in pregnant women. It also suspected that Zika causes Guillain-Barré, a nervous system disorder that can temporarily paralyze people and cause permanent brain damage.

But health agencies around the world are realizing that microcephaly and Guillain-Barré are but 2 of a whole host of problems Zika can cause.

Recently, there have been reports of people exposed to the virus who’ve developed different kinds of brain and spinal column infections. A case of acute myelitis – an inflammation of the spinal cord – was reported in a 15-year-old girl from Guadeloupe. [1]

Dr. Anne Schuchat, the principal deputy director of the Centers for Disease Control and Prevention, said:

“Most of what we’ve learned is not reassuring. Everything we look at with this virus seems to be a bit scarier than we initially thought.”

The Aedes aegypti mosquito is currently present in all or part of 30 states in the U.S., not just 12, as originally thought. Researchers haven’t ventured a guess as to how many women and babies infected with Zika will wind up with birth defects, nor do they know which drugs or vaccines might be effective. The virus is expected to be a problem across the south this spring and summer.

Dr. Anthony Fauci, director of the National Institute of Allergy and Infectious Diseases said that Zika “is a very unusual virus and we can’t pretend to know everything about it that we need to know.”

The White House recently informed Congress that it planned to move more than $510 million previously earmarked for Ebola prevention toward Zika prevention efforts. Congressional Republicans say the White House is trying to “politicize” Zika and are frustrated that President Obama did not allocate the more than $1 billion they asked for.

Fauci said of the funds:

The CDC said Monday that it was providing $3.9 million in emergency Zika funding to Puerto Rico. The agency said that the number of cases there is doubling each week and could reach into the hundreds of thousands. Schuchat said:

“We are quite concerned about Puerto Rico, where the virus is spreading throughout the island. We think there could be hundreds of thousands of cases of Zika virus in Puerto Rico and perhaps hundreds of affected babies.” [2]

I don’t know about you, but when I hike in warm weather, I always smell like a giant Lifesaver because I put peppermint on before I go outside to keep bugs away. I’m allergic to mosquitoes, so when I get bitten I always get huge, painful welts. But the stakes are higher this year. There’s Zika out there in ‘dem woods, and though I have no plans of staying indoors all summer, I’m going to be very vigilant about covering up and protecting myself from bug bites.