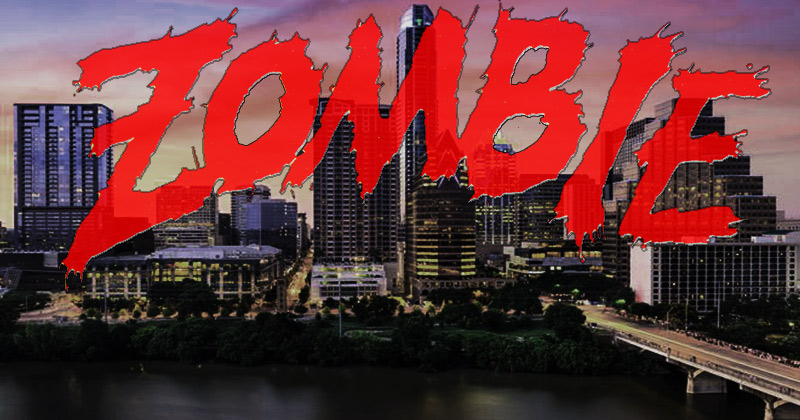 Footage has surfaced showing an alleged homeless man throwing an electric scooter through the back windshield of a vehicle in Austin, Texas on Wednesday morning.

Austin, Texas resident Lawrence Black was making his morning commute to work when suddenly a man Black identified as homeless started punching and kicking his vehicle.

“He was trying to cause an accident,” Black said.

When Black exited his vehicle to try and stop the man from destroying his car, the guy attacked him.

“He threw a punch at me and I slammed him to the ground and held him there,” Black recalled.

Luckily for Black, a woman filmed the incident from the 9th floor of a nearby building.

The footage went viral, reaching Texas Governor Greg Abbott, who tweeted the video, asking, “Is Austin’s policy of allowing the homeless to do whatever they want really helping the homeless?”

Abbott has been paying attention to the city’s homeless epidemic since the city council changed its public camping laws in July, and he says if they don’t fix the problem soon, he will.

Today I sent a letter to @MayorAdler about the growing crisis arising from the Austin Homeless policy.

Feces & used needles are piling up & residents are endangered.

If not fixed by Nov.1, I'll use State authority to protect Texans’ health & safety.#txlege pic.twitter.com/KmvEtMW81T